With the replace tool opened in float window, I don’t know what the second button is. When hovering over the other three buttons, they have tooltips “Search and replace preferences”, “Compress into toolbar” and “Close replace tool”. But the second “torch” button doesn’t have a tooltip.

Also, “wrap around” is an option in replace tool in Windows notepad. It will “wrap around” to the beginning of the file and continue back through once it’s made it to the end. Without wrap around option, you have to go to the start of the document before replace. 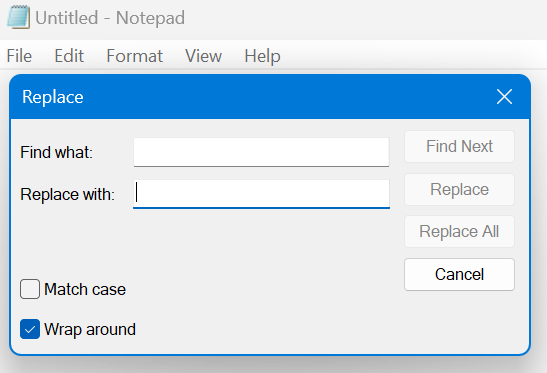 I don’t know how to enable “wrap around” in replace tool in TeXmacs. For example, type five A’s in a column and open replace tool, 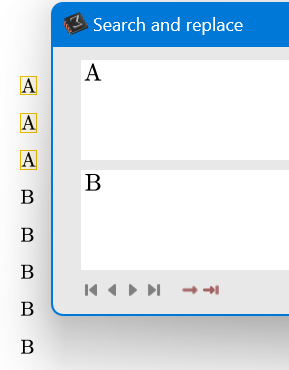 With cursor in the middle of the file, replacing A to B, will only replace the A’s after the cursor, running replace again will not make any change.

Use the first arrow on the bottom to move to the first occurrence of the pattern and the perform the replace.

Also the “torch” button is really a “funnel”. If selected it will show you only the paragraphs (or the formulas) with a match.